2010 was to be a landmark year in the global response to HIV/AIDS. Following the endorsement by the member states of the United Nations (UN) at the 2005 UN Millennium Summit, this year was when the 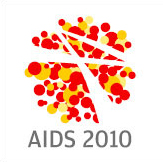 international community was to achieve universal access to HIV treatment, prevention, and care. But it came as no surprise to the more than 19,000 delegates from 193 countries who gathered in Vienna from July 18-23 for the XVIII International AIDS Conference (IAC) that this goal is far from being met, despite substantial progress in delivering antiretroviral therapy (ART) to those in need.

“We are nowhere near delivering on the promise of universal access,” said Julio Montaner, outgoing president of the International AIDS Society, which hosts the biannual IAC.

The hopes of achieving universal access any time soon were dampened by the lingering economic slowdown that has gripped many of the nations that are the biggest funders of HIV/AIDS treatment and prevention. Concerns about future financing of the HIV/AIDS response dominated this year’s IAC.

But amid the clouds of economic uncertainty, a bright spot emerged in HIV prevention efforts with the results of the Centre for the AIDS Programme of Research in South Africa (CAPRISA) 004 trial, which showed that a microbicide candidate consisting of a gel containing 1% of the antiretroviral tenofovir, which is used in the treatment of HIV infection, was able to reduce the HIV incidence in a group of South African women by 39%. Even with this level of efficacy, one of the trial’s principal investigators, Salim Abdool Karim, said that mathematical models indicate “this gel could prevent 1.3 million new HIV infections and over 800,000 deaths in South Africa alone.” However, as Karim explained, the CAPRISA 004 results are really just the “first step and additional studies are needed to confirm findings from this trial.”

Luckily, one of those trials is already underway. The Vaginal and Oral Interventions to Control the Epidemic (VOICE) study is comparing daily application of a tenofovir gel to oral administration of either tenofovir or Truvada (a single pill combination of tenofovir and another antiretroviral emtricitabine) in 5,000 women in southern Africa. Results from this trial are expected in 2013.

After successfully hosting this year’s World Cup, South Africa, or at least HIV prevention researchers in that country, had another reason to celebrate. “Today we celebrate the proof-of-concept of microbicides,” said Gita Ramjee, director of the HIV prevention research unit at the South African Medical Research Council, who spoke at the session in which the CAPRISA 004 results were presented.

Delegates and researchers were unabashedly gleeful about the results of the CAPRISA 004 study—the first efficacy trial of any microbicide candidate to show a statistically significant reduction in risk of HIV infection. The audience at the standing-room-only session, which occurred the day after the news dominated the headlines, greeted the data and the trial’s co-principal investigators, the husband and wife duo Quarraisha and Salim Abdool Karim, with multiple standing ovations. Researchers also expressed their excitement. “These groundbreaking results mean a lot to me personally,” said Ramjee.

The proof-of-concept, double-blinded, placebo-controlled trial known as CAPRISA 004 tested the safety and efficacy of the tenofovir-based vaginal microbicide in 889 women at high risk of HIV infection. Women in the trial received regular HIV prevention counseling and were instructed to apply the gel up to 12 hours before sex and as soon as possible following intercourse, but within 12 hours—a regimen referred to as BAT24.

How well women adhered to this dosing regimen had an obvious impact on whether or not they were protected against HIV infection. Researchers classified women who used the gel more than 80% of the time as “high adherers.” Among this group, the efficacy of the tenofovir gel was a statistically significant 54%, as compared to placebo, higher than the overall efficacy of 39%. The efficacy was markedly lower, only 28%, among the group of “low adherers,” who used the gel less than 50% of the time. Researchers are now studying the drug levels in both blood and cervicovaginal fluid among CAPRISA 004 volunteers to look for possible explanations for why some women who used the gel still became infected.

Over the course of the study, researchers found that gel use tapered off. This could be a cause for concern, as adherence will obviously impact the real-world efficacy of any behaviorally dependent intervention. “I think we will see very different gel use outside of a trial setting,” says Salim Abdool Karim. He thinks gel use may actually be higher in a real-world setting because women would be receiving more positive messages. In a clinical trial, Salim Abdool Karim said women are repeatedly told that they might be getting placebo or that the gel might not have any effect.

CONRAD, Family Health International, and CAPRISA collaborated to conduct the CAPRISA 004 trial, with 90% of the funding provided by the United States Agency for International Development, and the remainder contributed by the South African Department of Science and Technology.

In addition to antiretroviral-based microbicides, researchers eagerly await results from other trials designed to determine if antiretrovirals provided orally to HIV-uninfected individuals may be able to protect them against contracting HIV, a strategy referred to as pre-exposure prophylaxis (PrEP). The first efficacy results from trials of daily PrEP dosing are expected later this year or early next year, but in Vienna researchers reported some interim results from smaller safety studies of this approach. Data from a placebo-controlled Phase II trial in the US indicate that there were no significant safety issues associated with administration of once-daily tenofovir to HIV-uninfected men who have sex with men (MSM). The overall number of adverse events that occurred in men receiving tenofovir was similar to that in the placebo group. The study, conducted by the US Centers for Disease Control and Prevention, enrolled 400 MSM in Atlanta, San Francisco, and Boston.

Researchers also presented data on the safety of intermittent dosing of Truvada in five female sex workers and 67 MSM in Kenya, as well as 36 serodiscordant couples (in which one partner is HIV infected 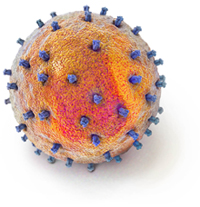 and the other is not) in Uganda. In this study, researchers compared daily dosing of Truvada or placebo with an intermittent dosing schedule consisting of a fixed dose on Mondays and Fridays and a dose following each sex act, without exceeding one pill per day. At the conclusion of the four-month study, researchers found that the safety profiles of the daily and intermittently scheduled dosing of Truvada were similar, however, the adherence differed somewhat.

Adherence was primarily assessed using the medication event monitoring system (MEMS), an electronic pill bottle cap that records each date and time that the bottle is opened. Investigators also collected self-reported behavioral data through questionnaires and with an interactive cell-phone-based short message service (SMS). The overall adherence rate to the daily dose was high—83% among the MSM and female sex workers at two sites in Kenya, and 96% among serodiscordant couples in Uganda. Adherence in the intermittent-dosing group was lower, with an overall adherence rate of 68% in Kenya and 80% in Uganda. In both groups, adherence rates among serodiscordant couples were significantly higher than in MSM or female sex workers.

While several trials of microbicides and PrEP are underway, Bill Gates, co-chair of the Bill & Melinda Gates Foundation, reminded the delegates in Vienna that several proven HIV prevention strategies, including adult male circumcision, the prevention of mother-to-child transmission, and syringe exchange, still need to be implemented more widely. He said these strategies were “so cheap and effective it’s more expensive not to pursue them,” and he emphasized the need to scale up strategies as soon as they’re proven to work. “Male circumcision is an amazing advance in prevention,” said Gates.

Efforts to scale up adult male circumcision, which was found to be about 60% effective in reducing HIV infection risk among heterosexual men in three large trials, have been underway in several African countries. But perhaps nowhere has there been more progress than in Kenya, where between November and December 2009, the country conducted a campaign in 11 districts of Nyanza province and performed voluntary circumcisions of 36,077 men in 30 days.

Economic concerns loomed over nearly all the discussions at the IAC this year. In 2008, the global investment in HIV/AIDS reached a record high of US$15.6 billion, a 39% increase in funding from the previous year, according to a recent report issued by the Joint United Nations Programme on HIV/AIDS (UNAIDS).

But following the recent economic crisis, many countries are freezing their investments in global health. “The idea that we should cut back now is ridiculous,” said Michel Sidibé, executive director of UNAIDS. An analysis by UNAIDS and the Kaiser Family Foundation that was released in Vienna found that contributions from the Group of Eight Nations, the European Commission, and other governments provided $7.6 billion for AIDS in developing countries in 2009, nearly level with their $7.7 billion contribution in 2008. This was the first year of flat funding, following a substantial increase in donor support for AIDS since 2002, when the total contribution was only $1.2 billion.

Funding for HIV vaccine research was also flat in 2009. According to the HIV Vaccines and Microbicides Resource Tracking Working Group, the total global investment in HIV vaccine research and development held steady last year at $868 million, due primarily to the economic stimulus funding the US government provided, some of which went to preventive HIV vaccine research projects funded by the US National Institutes of Health.

“We’re not seeing the increases we’ve seen in the past,” said Gates. “Today, skeptics say we can’t beat AIDS because of these financial limitations,” he added. But while acknowledging that these are tough economic times, Gates said he is still an optimist and emphasized the need to “push for efficiency in both treatment and prevention.”