A Hot Cup of CROI

The Seattle conference provided updates on PrEP, the search for a cure, and the structure of HIV’s Envelope protein

The 19th conference on Retroviruses and Opportunistic Infections (CROI), which drew 4,200 participants March 5-8 to the foggy city of coffee houses and technology start-ups, showcased a number of recent developments in some of the hottest areas of HIV research. 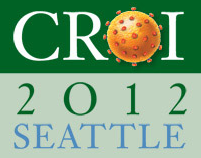 Attendees were briefed on progress in the lately invigorated field of HIV cure research and studies assessing the influence of hormonal contraception on HIV acquisition and progression. And in two riveting talks, including one that kicked off the conference, attendees got an update on the discovery and analysis of broadly neutralizing antibodies against HIV, which many researchers believe will have to be elicited by an AIDS vaccine to prevent infection by a broad range of circulating HIV variants.

But, more than anything else, it was the use of antiretroviral (ARV) therapy in preventing HIV transmission that dominated the conference. In an apparent nod to that fact, the organizers of CROI chose the South African research couple Quarraisha and Salim Abdool Karim to deliver the 6th N’Galy-Mann Lecture on opening night.

The Karims led CAPRISA 004, a clinical trial in South Africa that in 2010 provided the first proof that a vaginal microbicide can prevent HIV transmission (see VAX Sep. 2010 Spotlight article, Microbicides Finally Gel, Securing Spotlight in Vienna). The Karims have spent more than two decades studying the evolving epidemic in sub-Saharan Africa, which accounts for two-thirds of all people living with HIV in the world, with a particular focus on high-risk heterosexual women. The 39% efficacy obtained in the CAPRISA 004 trial was, though modest, a significant triumph for their team. That breakthrough has been followed by encouraging, if mixed, results from studies of daily oral pre-exposure prophylaxis (PrEP)—the administration of ARVs to prevent HIV acquisition—as well as vaginal microbicides containing ARVs. The prophylactic value of ARVs was further bolstered in 2010 by the results of the HPTN 052 study, which found that earlier treatment of HIV-infected individuals in relationships with HIV-uninfected people reduced HIV transmission to their partners by a stunning 96% (see VAX July 2011 Spotlight article, An Antiretroviral Renaissance).

Salim Abdool Karim noted that follow-up studies examining why efficacy in the CAPRISA 004 trial wasn’t higher have been illuminating. “What we have learned,” he said, “is that adherence is critical, that you have to have high enough levels of the drug to achieve protection, and that genital inflammation increases the risk of HIV acquisition.”

These lessons might be applicable to oral PrEP regimens as well. Findings from an array of studies presented at CROI suggest that adherence is an important determinant of PrEP efficacy. They also suggest that biological factors interfere with PrEP efficacy, even when volunteers take their drugs consistently. Such factors are likely to be a major focus of future studies, as researchers try to develop a more comprehensive picture of when, where and how PrEP might best be used.

That picture is likely to be complicated. “The reality doesn’t necessarily match the vision,” said Jared Baeten, a University of Washington associate professor of global health, in a talk that addressed conflicting results of some of the recent PrEP studies. “We have four completed PrEP trials that demonstrate efficacy, but we have two trials in women with high incidence where the entire study or individual arms have demonstrated futility,” said Baeten, who was also a co-investigator in the Partners PrEP Study, which found high PrEP efficacy in serodiscordant couples.

One trial that failed to demonstrate efficacy was FEM-PrEP, which enrolled nearly 2,000 high-risk heterosexual women from Kenya, South Africa, and Tanzania and was discontinued in March 2011. A data safety monitoring board determined that the trial was unlikely to establish whether or not daily oral administration of Truvada—a combination of the ARVs tenofovir (TDF) and emtricitabine (FTC)—is effective in reducing HIV acquisition (see April 18, 2011, IAVI Report blog, Oral PrEP Trial in Women Stopped Early).

Lut Van Damme, the trial’s principal investigator, presented follow-up studies that suggest inadequate adherence to the prescribed drug regimen may have undermined the trial, which tallied 33 infections in its Truvada arm and 35 in its placebo arm. Analyses of blood plasma collected during the trial from the 33 women in the Truvada arm who acquired HIV and about 99 matched uninfected controls found detectable levels of TDF in fewer than half of the samples. Notably, this contrasted with the 86% adherence rate suggested by weekly pill counts—the number of pills dispensed per week minus those returned—and with the claims of 95% of the volunteers who said they had taken the drug faithfully. Van Damme noted that these data raise questions about the value of pill counts in measuring adherence, and about what became of the pills that were neither taken nor returned.

Another study that underscored the importance of adherence was the Partners PrEP trial of 4,758 heterosexual serodiscordant couples in Kenya and Uganda. Results from that trial revealed in 2011 that a daily dose of TDF reduced the risk of HIV infection by 62%, and a similar regimen of Truvada cut that risk by as much as 73%. Recent findings presented by Deborah Donnell, principal investigator of the HIV Prevention Trials Network and a statistician in the Partners PrEP Study, indicate that individuals who remained HIV uninfected in the TDF and Truvada arms of the study had detectable levels of the drug on 83% and 81% of their study visits, respectively. Drug levels were much lower in the 29 participants in both arms of the trial who acquired HIV. Only about a third of them had detectable levels of TDF when investigators first identified HIV antibodies in their blood plasma. “Even in visits prior to seroconversion, these people were not taking their drug as often as those who did not seroconvert,” Donnell said.

Yet adherence does not always predict PrEP efficacy either. In her sub-analysis, Donnell noted that nine of the HIV-infected participants who had been assigned to either the TDF or Truvada arms did have detectable levels of TDF. Eight of them had drug levels that were consistently high or detectable throughout the follow-up—an indication the drug was being taken faithfully. “Of course, we don’t know what the level of the drug was at the time they got HIV infected,” said Donnell.

ARV-based prevention strategies may have taken up most of the airtime at CROI, but one of the most riveting presentations at the conference dealt with basic science—namely the race to characterize the structure and vulnerabilities of HIV’s Envelope protein. This molecular complex, comprising three pairs of two distinct proteins, juts out like a spike from HIV’s surface and plays a central role in its infection of target cells. Due to the dynamism, complexity, and general instability of this spike, researchers have not yet been able to determine its precise functional structure.

In his keynote speech kicking off the conference, Dennis Burton, a professor of immunology and biology at The Scripps Research Institute in California and the director of IAVI’s Neutralizing Antibody Center at Scripps, covered advances in the identification and analysis of antibodies that can neutralize a broad spectrum of HIV variants. In the absence of a precise molecular structure for the spike, these antibodies provide an approach to identifying discrete regions of vulnerability on the protein that might be exploited for vaccine design. Researchers today, Burton noted, have in hand at least two dozen such antibodies, most of which have been discovered in just the last two years. By capturing in atomic detail how each binds to HIV’s Envelope protein, Burton and other researchers hope to be able to reverse-engineer candidate immunogens—the active ingredients of vaccines—that might elicit similar antibodies (seeVAX March 2011 Primer on Understanding HIV’s Envelope Protein).

Meanwhile, researchers continue to pursue the elusive prize of the Envelope’s structure. Joseph Sodroski, associate director of the Harvard Medical School’s Center for AIDS Research, described in a later talk how his team is applying a cutting-edge imaging tool—known as cryo-electron microscopy—to bring the Envelope trimer into multi-dimensional focus. Their findings could eventually help scientists design better AIDS vaccine candidates.

A number of CROI sessions also focused on the surging field of HIV cure research, which one scientist compared to the state of antiretroviral research 15 years ago, when highly active antiretroviral therapy was about to revolutionize AIDS care. Scientists believe one possible way to cure HIV would be to locate and drain reservoirs of latent HIV-carrying cells. Such reservoirs persist even in people whose circulating HIV has been effectively suppressed by ARVs. Perhaps the most talked about study in this arena was presented by David Margolis, director of the School of Medicine at the University of North Carolina, who led one of the first major cure-related clinical trials. Margolis and his colleagues used a cancer drug called vorinostat to roust latent cells, forcing the human immunodeficiency viruses piggybacking in their chromosomes to reveal themselves. Margolis reported that when he and his colleagues gave six HIV-infected participants on ARVs who had undetectable viral loads just a single dose of the drug, they detected in the patients a sudden increase of HIV RNA in pools of CD4+ T cells—which are among the cell types that primarily harbor latent HIV. Though forcing reservoir cells to reveal themselves is an important first step, it remains unclear how they would subsequently be cleared.

A number of recent studies have suggested that the use of hormonal contraception may increase a woman’s risk of HIV acquisition and of transmitting the virus to men (see VAX Nov. 2011 Primer on Understanding the Effects of Hormonal Contraception on HIV Transmission). Results from two new studies reported at CROI added a little texture to this evolving story. One of them, the Methods for Improving Reproductive Health in Africa (MIRA) study, was a Phase III trial evaluating the use of diaphragms and lubricants in 4,913 sexually active women ages 18-49. Researchers conducted a subanalysis of women who also reported using oral or injectable forms of contraception—such as Depo-Provera—and compared them to women who did not use these agents.

Sandra McCoy, an assistant adjunct professor of epidemiology at the University of California-Berkeley, who presented the findings, reported that women who used injectable hormones were 1.4 times more likely to acquire HIV when condoms were used infrequently or not at all, compared to women who were not using such contraception. But there was no elevated risk of HIV among women who used oral contraception.

The second study, from the University of Washington, compared rates of HIV disease progression among 2,236 HIV-infected African women using hormonal contraception with those who were not. The study revealed that hormonal contraception did not accelerate disease progression and was further associated with a reduced risk of developing HIV-related disease.

The findings come on the heels of a Feb. 20 statement by the World Health Organization (WHO) that prior studies linking hormonal contraception to elevated risk of HIV acquisition are “insufficiently conclusive” to justify changing current guidelines. The statement did add, however, that because of the possibility that hormonal contraception might increase HIV risk, women who use injectable contraceptives containing progesterone should always use male or female condoms and other HIV preventive measures.

During her keynote talk at CROI, Quarraisha Abdool Karim criticized the WHO statement for its vagueness. “I think it is a very weak statement,” she said in response to a question. “It overemphasizes the role of Depo-Provera in terms of fertility control. And in a country like South Africa, with its huge HIV burden and extensive use of Depo-Provera, I was expecting something more definitive to come through from that consultation.”