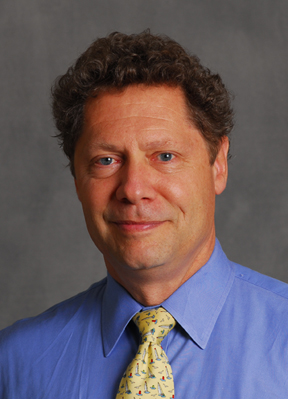 In June, Seth Berkley will relinquish his role as president and chief executive of IAVI after spending 15 years at the helm of the organization he founded in 1996. Berkley will become chief executive officer of the GAVI Alliance, a Geneva-based global health partnership launched in 2000 to increase access to immunizations, a subject that is near and dear to him. This decision, which Berkley calls “the most difficult of my life,” comes at a time when the AIDS vaccine field has been buoyed by the first evidence of vaccine efficacy in humans (coming from the RV144 trial in Thailand) and a spate of discoveries of new antibodies that scientists see as a clue for vaccine development. “It is the most exciting time we’ve ever had in the AIDS vaccine field,” Berkley says. Still, he felt it was overall the right time to make this change. “I know IAVI and the field will succeed.”

When IAVI was created, the landscape of AIDS vaccine research was much different than today. “The reason IAVI was started was because there was very little interest in AIDS vaccines from either public or private sectors. We had a fundamental belief that science could solve the problem,” he says. In 1993, less than US$160 million was being spent globally on AIDS vaccine research and development. In 2009, the global investment reached $868 million. Both IAVI and Berkley, whose passion is unwavering, deserve some of the credit for that difference.

For the past 17 years, Berkley has campaigned tirelessly to keep AIDS vaccine research on the agenda. And IAVI, which has more than 200 employees and an annual budget of approximately $87 million, has helped to advance the research and development process through its own network of laboratories, consortia, and collaborations.

Berkley’s roots in AIDS extend back to the late 1980s. Working as an epidemiologist at the Ministry of Health in Uganda, Berkley helped characterize the extent of the epidemic in that country and set up its National AIDS Control programs.

Margaret McCluskey, a senior adviser at the US Agency for International Development, called Berkley a “visionary and courageous” leader. “Seth had the insight to really partner with in-country scientists and stakeholders,” she says, “and the vision to say we have to take up the mantle to agitate and inform policy makers over the long term.”

McCluskey also credits Berkley and IAVI with trying to fill the gaps left by the work of government research agencies and the pharmaceutical industry. “He realizes the benefits of vaccines in global public health,” says McCluskey, adding that his work at GAVI will “only make it easier to roll out new vaccines, including an eventual HIV vaccine.” The GAVI Alliance has funded immunizations for more than 288 million children, saving an estimated five million lives, according to the World Health Organization. “The challenge is to get that story out and get funds for it,” says Berkley. “The other two aspects are to try to drive down the price of vaccines and also to get governments to put more of a priority on immunization.” At least initially, this will probably involve Berkley racking up even more travel miles after he relocates to Geneva with his wife and two children, ages four and six, in August. —Kristen Jill Kresge