With a full wallet, Gavi is set to expand influence and reach in immunizing the world’s poorest children. 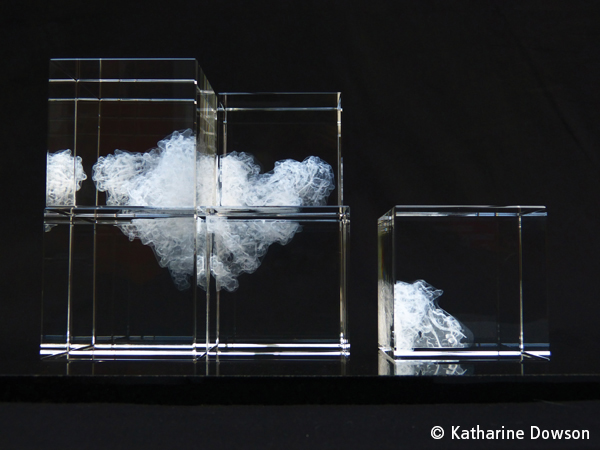 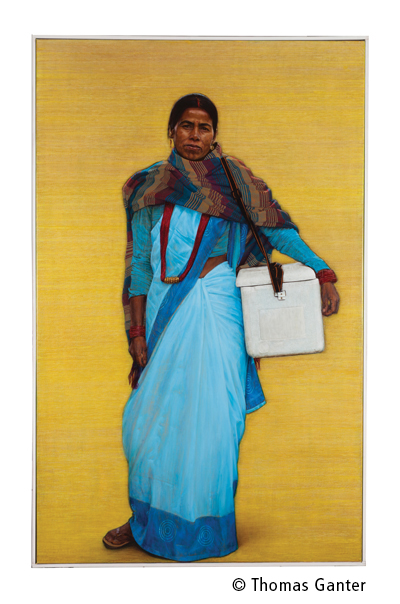 Understanding the Importance of Striking a Balance with Vaccination

Why is it important for an AIDS vaccine to induce a balanced immune response?

The development of an AIDS vaccine presents a number of challenges stemming from HIV’s structure and behavior. One of those challenges is the clever way the virus attacks its prey. HIV preferentially targets and infects CD4+ T cells, so-called “helper” cells because they help facilitate and orchestrate other immune responses to viral infections—including helping to stimulate the production of antibodies (proteins that act against the virus in multiple ways), and activating another type of T cell known as CD8+ T cells that can kill cells in the body that are already infected by viruses such as HIV. By preferentially invading CD4+ T-helper cells, the virus severely hampers the immune system’s ability to fight back (see VAX April 2008 Primer on Understanding Cellular Immune Responses).

This presents a conundrum for vaccine researchers who are trying to design AIDS vaccine candidates that can induce potent, long-lasting immune responses against HIV. Ideally a vaccine would induce both antibody and T-cell responses without inducing too many T cells that could serve as additional targets for the virus and therefore potentially increase the risk of HIV infection. This requires careful selection of vaccine immunogens (non-infectious HIV fragments that are the active ingredients in the vaccine candidate) and the vectors that are used to shuttle these immunogens into human cells, where they are presented to the immune system and hopefully induce an immune response against HIV.

This makes designing a vaccine candidate the immunological equivalent of Goldilocks—finding one that induces immune responses that aren’t too little or too much, but just right.

The value of inducing a balanced immune response is perhaps best illustrated by the 3,000-person Phase IIb trial known as STEP, which was stopped in 2007 (see VAX Oct.-Nov. 2007 Spotlight article, A STEP Back?). The candidate, MRKAd5, used a non-infectious common cold virus (adenovirus serotype 5, or Ad5) as a vector to deliver three HIV immunogens. Most licensed vaccines work by inducing antibodies but MRKad5 was designed to induce cellular immune responses. Most vaccinated participants who received the three-shot regimen developed CD4+ and CD8+ T-cell responses against HIV, but they were insufficient to protect against infection.

Subsequent data showed an unexpected trend toward more HIV infections occurring in subsets of vaccinated volunteers—mainly uncircumcised men and/or those who were previously exposed to and therefore had pre-existing immunity to the strain of Ad5 virus that was used as the vector. Two other efficacy trials involving an Ad5 vector were also halted prematurely, although for different reasons, and also showed a trend toward higher rates of HIV infection in vaccinated volunteers compared to those who received an inactive placebo (see VAX May 2013 Global Newsarticle).

Researchers still cannot say for certain why these vaccine candidates failed to work. Nor do the

y have any definitive explanations for the apparent increased infection risk among some vaccinated volunteers in these trials. One hypothesis is that the vaccine candidate may have induced an influx of CD4+ T cells at vulnerable mucosal sites, such as the rectum or vagina, where HIV transmission occurs, thereby providing the virus with more targets and increasing the risk of infection. While this hypothesis remains just that, an unproven theory, it has raised questions about which vectors induce the ideal immune responses and how important a balanced immune response may be.

In contrast, the prime-boost regimen (a canarypox vector-based vaccine candidate and a genetically engineered version of HIV’s gp120 surface protein) tested in the 16,000-volunteer RV144 trial in Thailand induced only modest CD4+ T-cell responses and weak or absent CD8+ T-cell responses, yet reduced HIV infection risk by 31.2% compared to placebo. The cellular immune responses this vaccine combination induced were sufficient enough to provide T cell help, but not sufficient enough to enhance infection rates. The modest protection afforded by this regimen is credited to antibody responses, which were unfortunately fleeting, confirming that immune responses not only have to be balanced, but also persistent.

The risk of imbalance

Two recent animal studies also illustrate why balanced immune responses could be key. A study in rhesus macaques by Emory University researchers showed that five different vector-based HIV vaccine candidates induced a proliferation of CD4+ T cells in rectal tissues—specifically those bearing a protein receptor that acts as a doorway through which HIV and its monkey equivalent, simian immunodeficiency virus (SIV), can enter and infect the cells—appeared to increase the risk of SIV infection in vaccinated animals subsequently exposed to SIV. Researchers hypothesize that the viral vector may trigger inflammation at mucosal sites and therefore result in recruitment of CD4+ T cells in response, which could make the animals more susceptible to infection.

Another study in mice by researchers at the Ragon Institute shows again that inducing only cellular immune responses can be detrimental. In this study a vaccine candidate designed solely to induce T-helper cells against a rodent-borne infection ended up causing uncontrolled inflammation, multiple organ failure, and death. Providing the mice with antibodies or CD8+ T cells to balance out the CD4+ T-cell response prevented the immune-related complications and mortality. As a practical matter, researchers would never design a vaccine that just induces CD4+ T cells, but eliminating these responses is also unrealistic. What’s likely needed is just the right magnitude and quality of immune responses. A Goldilocks-like challenge indeed.