As it does every year, the global AIDS community marked World AIDS Day, December 1, with programs intended to raise awareness about the pandemic. Countries entered the year stuck in a global recession that has cast a shadow on funding for AIDS programs. But despite the economic 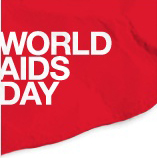 uncertainty, 2009 turned out to be a promising year on both the research and policy fronts, with many of these developments highlighted, if not announced, on or around World AIDS Day.

The biggest burst of news in HIV prevention this year emerged from the AIDS vaccine field in September. RV144, a 16,000-person trial conducted in Thailand, provided the first evidence of vaccine-induced protection against HIV. This finding, along with other scientific developments, helped energize the field. The discovery of several potent new antibodies—Y-shaped proteins that bind to HIV and stop it from infecting cells—was also a major finding in 2009. The five new so-called broadly neutralizing antibodies, the first to be discovered in more than a decade, are capable of inactivating multiple variants of HIV strains in the laboratory. Two of these antibodies also bind to HIV at a different site, providing a new target for vaccine researchers to exploit (see VAX October 2009Spotlight article, Vaccine Research Gains Momentum).

“This has been a banner year in the AIDS vaccine effort,” said Wayne Koff, the senior vice president of research and development at IAVI, during a World AIDS Day seminar in New York City about recent progress and future directions in AIDS vaccine research and development. The event was co-sponsored by IAVI, the AIDS Vaccine Advocacy Coalition (AVAC), and the Global HIV Vaccine Enterprise.

Magda Sobieszczyk, a Columbia University AIDS researcher, who spoke at the seminar about recently completed and ongoing HIV prevention trials, said RV144 “piqued people’s interest” and mobilized the field. The results of RV144 also took center stage at a World AIDS Day event in Washington, D.C., sponsored by more than a dozen organizations, including AVAC, IAVI, and the Vaccine Research Center at the US National Institute of Allergy and Infectious Diseases.

Other AIDS vaccine-related events included a two-day rally, seminar, and workshop at the Global Science Academy in Basti, India, and a presentation in Maryland by the Walter Reed Army Institute of Research and the US Military HIV Research Program, major collaborators on the RV144 trial. Elsewhere around the world, organizations pledged solidarity to the search for an AIDS vaccine by holding rallies, debates, lectures, sports events, and plays designed to raise awareness and dispel myths and misconceptions. The Desmond Tutu HIV Research Center in South Africa sponsored a soccer tournament for young people, hoping to use the event as a way to spread information about the importance of HIV testing and counseling and to encourage adolescents to inform their peers about how to reduce the spread of HIV. An event in Amsterdam sponsored by IAVI, AIDS Fonds, and Stop AIDS Now!, centered on new prevention technologies, while vaccine trial sites in the Dominican Republic held a video forum on vaccine research and sponsored a frank discussion about the commercial sex trade in Santo Domingo.

World AIDS Day also provided a stage for the announcement of several policy shifts. In South Africa, the epicenter of the AIDS pandemic, President Jacob Zuma announced that antiretrovirals (ARVs) would be made available to all HIV-infected pregnant women and infants, that HIV testing would be expanded, and that he was planning to get tested for HIV as well. Treatment will also be expanded to those with tuberculosis, the leading cause of death among South Africans infected with HIV.

Reflecting a change in treatment guidelines unveiled by the World Health Organization (WHO) the day before, Zuma said his country would also offer treatment sooner to all HIV-infected individuals.

The WHO’s previous recommendations called for treatment to be initiated when a person develops AIDS (as defined by having fewer than 200 CD4+ T cells in a microliter of blood) or an AIDS-related illness. But on November 30, the WHO announced that it was raising the minimum threshold for initiation of treatment to 350 CD4+ T cells. The WHO’s updated guidelines are now in line with those of leading government health agencies in the US and Europe.

The new WHO guidelines also recommend the prolonged use of ARVs to reduce the risk of mother-to-child transmission of HIV. For the first time, the WHO recommends that HIV-infected mothers or their infants take ARVs while breastfeeding to prevent HIV transmission.

Zuma’s policies stand in sharp contrast to those of his predecessor, Thabo Mbeki, whose administration was heavily criticized for its HIV/AIDS policies. Glenda Gray, executive director of the Perinatal HIV Research Unit at the University of Witwatersrand in Soweto, South Africa, described the government’s commitment to expanding access to treatment as “incredibly ambitious and incredibly right.”

Gray says there are 1.4 million people in South Africa who need to be on ARVs. “So we basically need to double the amount of people on treatment by 2011,” she says. “How to get there will be another challenge.”

This will be a global challenge. There are an estimated four million HIV-infected individuals worldwide who are currently receiving ARVs. However, approximately five million HIV-infected individuals who were eligible for treatment based on the old WHO guidelines still do not have access to therapy. With the updated guidelines in place, the number of people eligible for therapy could potentially double, substantially increasing the demand for ARVs.

After announcing that it planned to lift a controversial policy that prevented HIV-infected individuals from entering the US beginning next year, the Obama administration announced on World AIDS Day that Washington, D.C., the nation’s capital, would host the XIX International AIDS Conference in 2012. The International AIDS Society (IAS), which sponsors the biannual conference, had opposed the travel ban, which was instituted in 1987, and made it clear it would not hold the conference in the US until the ban was lifted.

“Everybody recognized that the US travel ban had no scientific merit and no public health merit,” says IAS President Julio Montaner, noting that 14 other countries still have similar travel bans in place. “It was based on ignorance and discrimination, and persisted on the books for historical reasons. It was a serious infringement on the rights of people with HIV.”

Montaner says the fact that the US capital—which has the highest HIV/AIDS prevalence in the country—will be hosting the 2012 AIDS conference is significant. “We hope the conference will serve as a catalytic event in trying to rally the necessary forces around addressing the epidemic, not just in the inner city of D.C., but elsewhere,” says Montaner. The last time the AIDS conference was held in the US was in 1990 in San Francisco.

The US government also unveiled a new five-year strategy for the US President’s Emergency Plan for AIDS Relief (PEPFAR) on World AIDS Day. Notably, this new strategy signals a transition for PEPFAR from an emergency response to HIV/AIDS to the promotion of sustainable programs in individual countries. Prevention, care, and treatment services provided through PEPFAR will still be expanded, but efforts will also be made to integrate HIV/AIDS initiatives into broader global health and development programs to maximize the impact on health systems in developing countries. PEPFAR will now focus on strengthening capacity in its target countries to enable them to take the lead on their responses to AIDS and other health demands and improve service delivery. US Global AIDS Coordinator Eric Goosby said the current economic realities are forcing changes in the way the government is approaching the program. The Obama administration is seeking to make PEPFAR part of a US$63 billion Global Health Initiative that will also focus on other major public health challenges such as nutrition and maternal health (seeVAX May 2009 Spotlight article, Despite Recession, New Funding Stimulates Research).

Goosby also emphasized the need for more evidence-based prevention strategies that are targeted to high-risk populations, when he spoke at a World AIDS Day discussion about food security, HIV/AIDS, and maternal and child health sponsored by the World Bank and held in Washington, D.C.

PEPFAR-funded programs are at work in more than 30 countries. In 2009, the program provided antiretroviral drugs to more than 2.4 million HIV-infected people and plans are to provide treatment to four million people by 2014. But AIDS advocates fear that the global recession and a shift in political priorities in the US could hinder the success of PEPFAR. Michel Kazatchkine, executive director of the Global Fund to Fight AIDS, Tuberculosis and Malaria, stressed the importance of remaining committed to the goals of universal access to treatment, when he spoke at the World Bank event.