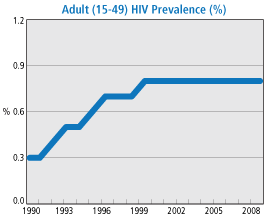 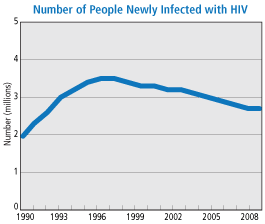 The field of microbicide research was dealt a blow this month when a gel known as PRO 2000, which had shown some promise in an earlier study, failed to have any effect in preventing HIV infection in a Phase III efficacy trial involving 9,385 women in the UK, Tanzania, South Africa, Zambia, and Uganda.

PRO 2000 is a topical gel that women apply before intercourse. It is composed of a synthetic compound that was non-specifically designed to block attachment of HIV to host cells and thereby prevent infection. Women in the MDP 301 trial were also given condoms and regular HIV prevention counseling. The trial was conducted by the Microbicide Development Programme, a partnership of 16 African and European research institutions, and was primarily funded by the UK’s Medical Research Council.

A year ago, researchers reported results from a smaller Phase IIb study of 3,099 women in South Africa, Malawi, Zambia, Zimbabwe, and the US, which showed that women who received PRO 2000 gel along with condoms had 30% fewer HIV infections than those who received the placebo gel and condoms (see VAX February 2009 Spotlightarticle, Canvassing CROI). This finding, though promising, was not statistically significant.

HIV prevention advocates expressed disappointment at the results of MDP 301, but said the field should continue to press forward in developing microbicides that are gel formulations of existing antiretrovirals (ARVs). “The need for a microbicide is as great as ever,” says Salim Abdool Karim, a clinical infectious disease specialist who led the Phase IIb trial of PRO 2000. “This should not be a time for despondency, we need to move on.” —Regina McEnery

What factors do regulatory bodies consider before licensing a vaccine for public use?

The development of a vaccine is a long and complicated process that often takes several decades.

Vaccine candidates undergo a rigorous sequence of laboratory, preclinical, and clinical testing to determine both their safety and efficacy. Phase I and II trials are designed to determine whether the vaccine is safe and if it triggers immune responses. It is not until large Phase IIb test-of-concept or Phase III efficacy trials are conducted that the efficacy of the vaccine candidate is actually evaluated. For HIV, these trials determine whether the candidate provides protection against infection or reduces the quantity of virus in people who receive the vaccine yet still became infected through natural exposure to the virus.

Phase III trials typically involve thousands of volunteers. When a Phase III trial delivers a positive result, vaccine developers may decide to submit an application to regulatory agencies for approval and licensure of the vaccine (seeVAX April 2004 Primer on Understanding Vaccine Development). Once a vaccine is licensed, it can be distributed and administered more broadly within a given population.

There are no universal standards for vaccine licensure. Rather, regulatory bodies review all of the safety and efficacy data collected for a particular candidate, and determine on an individual basis whether it should be licensed. For approval to occur, a vaccine must consistently meet specific quality standards and be manufactured according to stringent standards set by the particular country that is granting the license. One of the major issues in manufacturing is consistency. Every time a vaccine is made, the process has to be the same because even slight alterations can impact safety and efficacy.

All countries have some form of regulatory approval system that oversees the licensure and approval of new medicines and vaccines. The US regulatory body is the Food and Drug

Administration (FDA), in South Africa it is the Medicines Control Council, and in Thailand it is the Thailand Food and Drug Administration. The European Medicines Agency is a centralized regulatory body that reviews licensure applications for all European Union countries.

In developing countries, regulatory agencies vary in size and experience. Some countries will wait until the US or the European regulatory bodies have licensed a vaccine before deciding whether to also license it in their countries. Many countries also seek guidance from the World Health Organization before licensing a vaccine.

In the US, new medicines are expected to be tested in two pivotal Phase III efficacy trials to be granted approval for public use. However, vaccine developers may, under special circumstances, only need to demonstrate efficacy with one well-conducted, well-designed trial of sufficient size. A vaccine against hepatitis A virus was approved by the US FDA based on one Phase III trial. But the Rotateq vaccine, which combats a virus that is a common cause of diarrhea, required three Phase III trials before licensure was granted because of specific safety concerns.

Recently, a large-scale HIV vaccine trial known as RV144, which involved 16,000 participants in Thailand, provided the first clinical evidence of vaccine-induced protection against HIV (see VAX September 2009 Spotlight article, First Evidence of Efficacy from Large-Scale HIV Vaccine Trial). The two vaccine candidates, tested in what is referred to as a prime-boost combination, appeared to lower the risk of HIV infection by about 31%. This spurred some discussion about whether this prime-boost regimen should be licensed.

The vaccine candidates were specifically designed to combat the most common HIV serotypes or clades currently circulating in Thailand. It is therefore unlikely that this prime-boost combination would be considered for licensure anywhere else unless vaccine developers tested the vaccine in other countries to determine how effective it is in preventing infection with other HIV serotypes.

While the licensure decision ultimately rests with the Thai FDA, there are several factors that make licensure of the vaccine candidates tested in RV144 unlikely. Perhaps the most significant is the low level of efficacy observed in RV144. There is no specified level of efficacy required for vaccine licensure, but early on, the RV144 trial investigators stated that a vaccine efficacy of at least 50% was necessary to trigger discussions of possible licensure. Vaccine regimens used in childhood immunization programs usually protect at levels of 80%, while the annually administered influenza vaccine has about a 60% efficacy. However, it is possible that a partially effective HIV vaccine with only 50% efficacy could prevent thousands of new infections in high-incidence areas.

The lengthy six-shot, six-month inoculation schedule tested in RV144 is another factor regulators would likely consider before licensing this vaccine regimen. Additionally, while the organizers of RV144 initially conceived the study as a Phase III trial, it was ultimately launched as a Phase IIb trial after Thailand’s HIV incidence declined dramatically because of successful HIV prevention campaigns. The lower HIV incidence in the country when the trial started meant that the number of infections likely to occur among trial participants during the course of the study would also be lower than originally predicted, thus limiting the overall power of the study. For that reason, the trial organizers decided to launch RV144 as a Phase IIb study, which is not generally considered a launching pad for licensure (seeVAX September 2005 Primer on Understanding Test-of-Concept Trials).