In 2004, fifteen new trials to test AIDS vaccine candidates were initiated in seven different countries. The most advanced of the newly-launched trials is a Phase IIb study, which is a proof of concept trial to see if this type of vaccine is effective in preventing infection with HIV. Eleven new Phase I trials, the first stage of testing vaccine candidates in humans, also began in 2004. The world map inside this special issue of VAX highlights the trials that began in 2004 and, along with the table below, provides a rundown of all the ongoing clinical trials of preventive AIDS vaccines around the world. 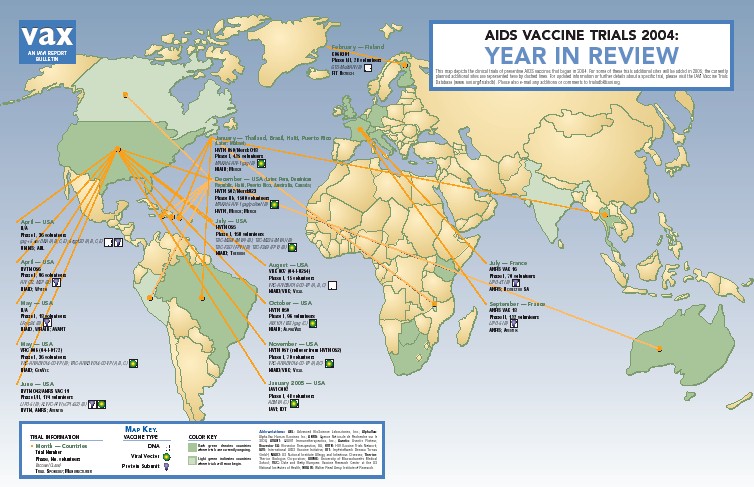 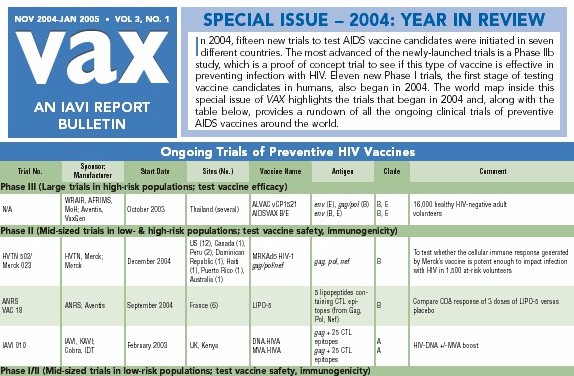