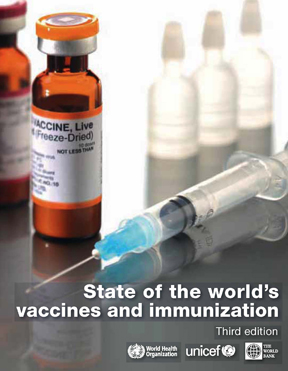 WHO Meeting to Evaluate Test-and-Treat Strategy

Nearly a year after a quintet of researchers from the World Health Organization (WHO) published an article in The Lancet describing the results of a mathematical model that predicted that a combination of annual HIV testing and immediate antiretroviral (ARV) treatment could potentially end the AIDS epidemic in 50 years, scientists, public health officials, and community activists gathered November 2-4 to talk exclusively about the strategy dubbed test and treat (see VAX July 2009 Spotlight article, Test and Treat on Trial).

The WHO convened the meeting in Geneva, Switzerland, to stimulate discussion about the ethical implications, acceptability, and feasibility of implementing the test-and-treat approach in various populations. Although the strategy looks promising based on mathematical models, it has not yet been subjected to the rigors of a randomized, controlled clinical trial.

The experts who gathered in Geneva included Julio Montaner, president of the International AIDS Society, who is a vocal advocate of early initiation of ARV treatment and has been studying the impact that expansion of ARVs has had on lowering community viral load and HIV incidence in Vancouver, British Columbia. Community viral load reflects the mean viral load of a group of HIV-infected individuals. Montaner said a study that looked at the effect of expanding ARV treatment from 3,500 HIV-infected individuals to 5,000 in a community in Vancouver appears to have had an impact on transmission. “All I am prepared to say right now is that new HIV infection rates are going down,” said Montaner.

Next Spring, US researchers are hoping to launch a pilot study, known as HVTN 065, to evaluate the feasibility of implementing test and treat in Washington, D.C., which has the highest prevalence of HIV in the country, and the Bronx in New York City, which has the highest AIDS death rate of the city’s five boroughs due to the fact that so many HIV-infected individuals there are diagnosed late. The three-year study will occur in high-risk communities where poverty, racial discrimination, AIDS stigma, distrust of doctors, and other factors can be barriers to accessing medical care. Wafaa El-Sadr, director of the Center for Infectious Disease Epidemiologic Research at Columbia University’s Mailman School of Public Health, will be heading up the pilot study, which is being funded by the US National Institute of Allergy and Infectious Diseases (NIAID) and reflects a collaborative effort between NIAID, the US Centers for Disease Control and Prevention, and local health departments in the two cities.

“What I got from the [WHO] meeting was a collective commitment of the importance of continuing to expand access to treatment,” said El-Sadr. “Only about 40% of people who need treatment today can obtain it. We have a long way to go.”

Mark Harrington, an activist who heads the Treatment Action Group in New York City, said at the very least, test and treat may provide better linkage between prevention and treatment. “Care and treatment and prevention need to be done altogether.”

Understanding the Hunt for Immune Correlates of Protection from RV144

How can the recently conducted AIDS vaccine trial in Thailand help inform researchers about the types of immune responses that can provide protection against HIV?

A recently completed efficacy trial in Thailand, known as RV144, showed that two vaccine candidates administered sequentially in what is referred to as a prime-boost regimen could reduce the risk of HIV infection by 31.2% (see VAXOctober 2009 Spotlight article, Vaccine Research Gains Momentum). This trial provided the first evidence of efficacy for any AIDS vaccine candidate.

If the immune correlates of protection can be identified from RV144, it would be a significant boost for AIDS vaccine research. Scientists could then design AIDS vaccine candidates that induce these specific responses at higher levels, and thereby improve upon the modest efficacy seen in RV144. But identifying the correlates from this trial will not be an easy task. Overall, relatively few volunteers became HIV infected during RV144, so researchers have a limited pool of individuals in which to search for immune correlates.

Because there are many more uninfected vaccinees than infected vaccinees, scientists will try to match each HIV-infected vaccinee with four to five who are uninfected and who share a similar demographic and genetic profile. Matching the samples as closely as possible in terms of gender, race, age, level of HIV risk, and genetic background will enable researchers to rule out the role these other factors may have played in the immune responses to the vaccine candidates.

Researchers will use multiple laboratory tests, or assays, to try to tease out if a specific immune response—including antibodies or cellular immune responses—occurred more frequently or at a higher level in vaccinated volunteers who did not acquire HIV compared to those who did. Although RV144 showed some efficacy in preventing acquisition of HIV, the prime-boost regimen did not appear to have any impact on the amount of virus circulating in the blood of individuals who became HIV infected despite vaccination. This result has led many researchers to assume that the modest level of protection was more likely due to antibody responses than cellular immune responses. Antibodies are the key to protection for most, if not all, existing vaccines. Still, researchers will carefully analyze all categories of immune responses in the hunt for correlates from RV144.

Scientists will have to carefully choose which assays to conduct because a limited number of specimens were collected during RV144. This trial was not designed to determine the correlates of protection. No samples were collected until after the six-month vaccination period, and researchers did not collect cell or tissue samples from mucosal sites at which sexual transmission of HIV occurs.

The search for correlates is also hampered by the fact that researchers do not know exactly when people were exposed to HIV and whether the HIV-uninfected vaccinees were even exposed to HIV at all.

There are also additional studies that can help identify the correlates of protection. One of these studies, known as RV152, is already ongoing. It involves the 51 individuals who became infected in RV144 despite vaccination. Information collected from these volunteers may shed light on the characteristics of the virus that infected these individuals. Investigators are also considering whether to conduct a smaller trial with the same prime-boost regimen that is designed specifically to try to determine the immune correlates.