The HIV prevention forecast looks brighter than ever. The funding climate? Not so much

Q and A with Barton Haynes 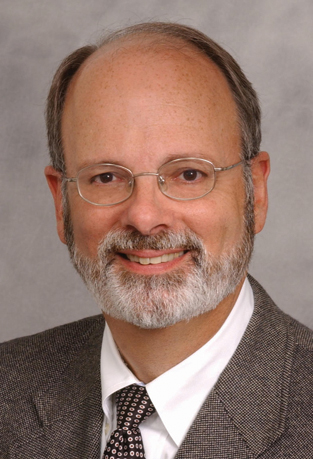 While the use of antiretroviral therapies to prevent HIV infection will likely dominate the scientific agenda at the 19th International AIDS Conference (AIDS 2012) in Washington, D.C, July 22-27, researchers are also paying attention to AIDS vaccines. VAX Science Writer Regina McEnery recently caught up with Barton Haynes, a Duke University professor who leads the virtual consortium known as the Center for HIV/AIDS Vaccine Immunology (CHAVI), to hear more about new findings from the RV144 trial in Thailand and the search for more potent and broadly neutralizing antibodies against HIV, which will be the subject of his July 25 plenary talk at AIDS 2012.

Even the most optimistic people feel an AIDS vaccine with sufficient efficacy is still years away. Will we get there?


What will be the main highlights of your talk?

The new findings that have energized the AIDS vaccine field. These findings will include identifying the immune correlates of infection risk in the RV144 trial, the elucidation of many transmitted/founder viruses (the viruses that cause infection in human to human transmission), the discovery of broadly neutralizing antibodies (bNAbs), and insights as to why bNAbs have been so difficult to induce. Everyone believes these new discoveries can provide important clues to speeding up the development of a preventive vaccine. Seven to eight years ago, the field was frustrated that we didn’t know what to do and we certainly didn’t know how to do it. What is different now is we have clues. We do know some people can make [potent] antibodies over long periods of time that we want to elicit over a shorter period of time in a vaccine.


Is the vaccine problem solvable?

The observation that there appear to be antibodies that can hit the Achilles heel of the Envelope [HIV’s surface protein] and be made in certain people is one indication that this is a solvable problem. The immune correlates of infection risk found in the RV144 trial are also clues for further studies. I think there are strategies based upon these observations that the field is beginning to explore.


Can you describe one of those strategies?

Most of the bNAbs are unusual in some respects. These unusual characteristics are in general indications that they are the products of either quite convoluted or disfavored developmental pathways. There are a series of technologies that have been developed whereby these pathways can be determined and studied with the goal of trying to recreate the pathways with a series of vaccine immunogens [active ingredients in vaccines] that can bypass these torturous pathways and follow more productive pathways.

As antibody clones expand, they undergo changes. An antibody that travels down a short developmental pathway has fewer changes, whereas those traveling down longer pathways have more changes. Many of these bNAbs are among the [most] mutated and changed antibodies. Most of the vaccine [candidates] we have now induce antibodies that only have a few changes in their building blocks, whereas it takes several years of continuous stimulation of the immune system by the infecting virus to drive these mutations or changes in the bNAbs. We want to drive antibodies to have more mutations but to use a shorter pathway and we are just now exploring ways to do that.

HIV is different from other viruses for which successful vaccines have been made because, among these, HIV is the only virus that has the trait of integrating into the host genome. Unlike any other vaccine, we will have to have sterilizing immunity at the time of HIV transmission for a vaccine to be successful.


When will we be able to test a candidate derived from these strategies?

19th International AIDS Conference
If you are attending AIDS 2012, you might want to check out these vaccine-related sessions. For those not attending, daily webcasts of some talks will be posted at aids2012.org, and the opening session will be webcast live on July 22 at 7 p.m. EST.

8:32-10:30
Session Code MOPL01
Ending the Epidemic: Turning the Tide Together

Understanding the Impact of PrEP on AIDS Vaccine Trials

How have recent data on the antiretroviral drug Truvada and its possible approval as an HIV prevention drug affected the design of AIDS vaccine trials?

Several novel strategies have in recent years shown promise in preventing HIV infection (see VAX July 2011Spotlight article, An Antiretroviral Renaissance). Among these is pre-exposure prophylaxis, or PrEP—the administration of antiretrovirals (ARVs) either orally or topically to HIV-uninfected individuals.

One of those studies, known as iPrEx, revealed that Truvada—a combination of the ARVs tenofovir and emtricitabine—was 44% effective in preventing HIV infection among nearly 2,500 men and transgendered women who have sex with men. The study, which was conducted in six countries including the US, prompted Truvada’s maker, Gilead Sciences, to apply for regulatory approval from the US Food and Drug Administration (FDA) to expand the use of ARV as a therapy to prevent HIV acquisition, making it the first antiretroviral drug to be considered for such use.

In June, an FDA advisory panel voted in favor of using Truvada as a preventive measure for HIV-uninfected men, the uninfected partners of those with HIV, and other at-risk individuals. The FDA is expected to rule on Gilead’s application in September.

Truvada could undoubtedly help some high-risk communities curb HIV transmission. Yet its approval could also present significant challenges to current and future studies evaluating other novel HIV prevention tools, not least AIDS vaccines. Even before the FDA took up Gilead’s application, AIDS vaccine researchers were discussing how best to deal with the ethical and scientific conundrums kicked up by the successes of PrEP.

In fact, those successes have had immediate implications for the AIDS vaccin

e trial known as HVTN505. This trial is currently enrolling 2,200 men who have sex with men (MSM) in the US who are circumcised and who have not been previously exposed to a common cold virus known as adenovirus serotype 5 (Ad5), a modified version of which is being used as the vector that delivers the active ingredients of the vaccine under evaluation (see VAX Sep. 2011 Global News). The Phase II trial has already signed up about 1,800 MSM and should meet its enrollment target soon. It is designed to determine if a DNA vaccine candidate followed by an Ad5 vector-based vaccine candidate in a prime-boost regimen is effective in either blocking HIV acquisition or lowering viral load among individuals who become HIV-infected through natural exposure despite vaccination.

When the results of the iPrEx study were unveiled in November 2010, the Seattle-based HIV Vaccine Trials Network (HVTN)—which is conducting the trial—consulted nearly 800 trial participants, scientists, community leaders, and other stakeholders to determine whether PrEP should be offered to some or all of the enrollees and, if the drug were offered, how participants should be monitored during and after the trial.

While studying the effect of the vaccine candidate remains the main focus of the study, trial organizers, after consultations with stakeholders, are providing volunteers information about PrEP in periodic risk-reduction counseling sessions that are standard in HIV prevention trials. They are also monitoring PrEP use among trial participants in two different ways. Trial participants who voluntarily choose to use PrEP are now being asked to report their PrEP use on a regular basis. To supplement this self-reporting tool, trial sites will also be analyzing the blood plasma levels of volunteers in order to obtain additional data on PrEP use among participants.

Should the FDA approve Truvada for the prevention of HIV—and the PrEP drug become a standard of care in some high-risk populations—it could further impact the design of AIDS vaccine trials.

Not all the questions regarding the impact of PrEP have to do with ethics. For instance, if the HVTN505 trial shows that the vaccine regimen being evaluated is effective in reducing HIV transmission, it could raise questions about what part of the observed protection was due solely to the vaccine. This in turn could complicate efforts to determine the true efficacy of the vaccine. But researchers do not believe that PrEP use will cloud their results, since only a small percentage of trial participants are thought to be using Truvada and they are spread randomly between the vaccinated and placebo arms of the trial. The assumption could therefore be fairly made that any protective effect observed in the study can be attributed to the vaccine.

Researchers say the emergence of PrEP regimens, such as Truvada, will also likely mean that future AIDS vaccine trials will need to be larger and more expensive, particularly if a vaccine is studied in concert with PrEP. For instance, should a trial seek to evaluate the efficacy of a partially effective vaccine candidate combined with oral PrEP, it would require multiple arms to determine whether the overall efficacy of this combination strategy is greater than that of PrEP alone, the vaccine candidate alone, or a placebo (see VAX Sep. 2011 Primer on Understanding the Rationale for Combination Prevention Trials). With funds for HIV prevention research in short supply these days, that may well prove to be the most disruptive effect of PrEP’s recent successes.