Antibodies and the Quest for an AIDS Vaccine 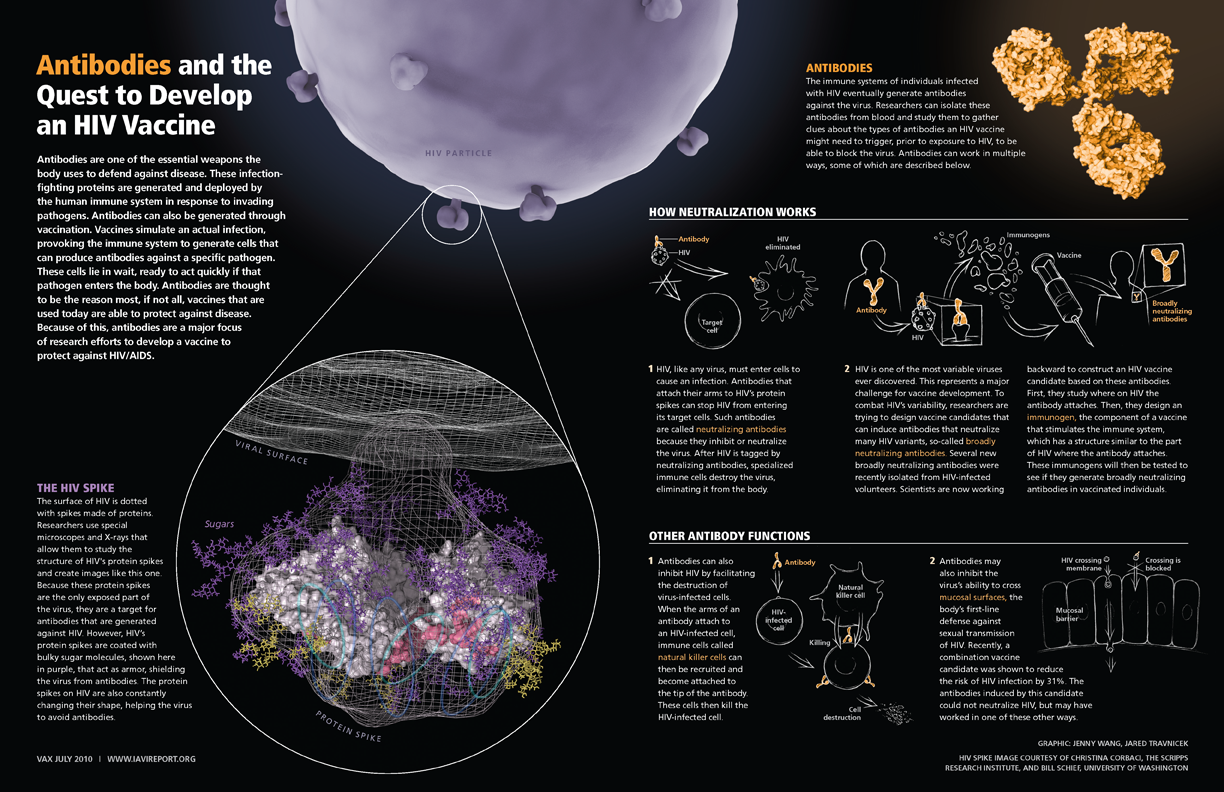 In almost every way, AIDS is exceptional.

In 1981 when this new human disease was first reported in the US, there were few drugs to treat any virus. Thirty years later, there are more than 30 antiretrovirals (ARVs) for treating HIV/AIDS alone. Combinations of these drugs, which were introduced in 1995, rescued people from the brink of death, and the success of ARVs doesn’t stop there.

These drugs can also protect against HIV infection in the first place. First, a study showed that a microbicidal gel formulation of an ARV was able to reduce HIV infection rates in women. Then, another trial showed that a daily dose of a combination ARV tablet was able to reduce HIV infection rates among men who have sex with men. Just last month, researchers reported results from a trial known as HPTN 052 that indicated infected individuals on ARVs are 96% less likely to transmit HIV to their uninfected partner.

If cost wasn’t an issue, which of course it is, and finding and testing those most likely to be HIV infected was a surmountable problem, ARVs might be able to break the back of the pandemic. But as it stands now, there are 33 million people estimated to be living with HIV/AIDS, and only six million people in low- and middle-income countries are currently able to access these life-saving medicines.

This suggests that after 30 years, the war on AIDS is far from over. And one weapon that remains elusive is a vaccine.

But as in other areas of HIV prevention research, prospects for a preventive vaccine are brighter today than at any time in the past three decades. After many failed attempts at designing vaccine candidates, there are promising new leads, making researchers more optimistic about HIV vaccine research and development.

If the power of science combined with political will continues to be at the forefront in the battle against AIDS, perhaps the fourth decade will bring about a prevention revolution that can lead to the eventual end of AIDS.

Click on the timeline image below to view larger version:

ROBERT GALLO, 74, is the director and co-founder of the Institute of Human Virology (IHV) at the 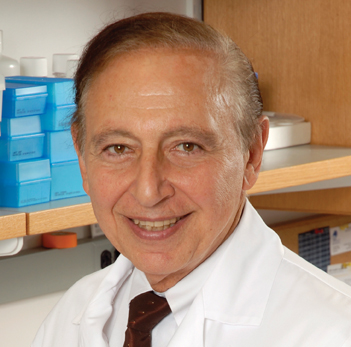 University of Maryland and co-founder of Profectus Biosciences. Gallo was working as a virologist at the US National Cancer Institute when the first cases of AIDS were reported. In 1984, his team reported the isolation of a retrovirus that was later determined to be HIV. Recently, IHV was the recipient of a US$23.4 million grant from a consortium led by the Bill & Melinda Gates Foundation to fund preclinical development of an AIDS vaccine candidate that Gallo and colleagues developed and hope to test in clinical trials.

Q: You’ve now lived through three decades of AIDS. What were those early days like?

Gallo: It was horrible, stressful, and I’ll add a third adjective, scary. That time was unimaginable. You saw patients who you became friendly with and watched them die. There was nothing we could do for them. Then there were the crackpots saying that AIDS doesn’t exist, or that we created it to kill people.

Q: How would you describe your role in the discovery of HIV?

Gallo: Between 1982 and 1985 there was a tremendous amount of papers published, done chiefly by my lab. We provided the idea in 1982 that a retrovirus might be the cause of AIDS, and our lab succeeded in growing T cells obtained from a man with AIDS that contained two viral forms. But there is no question that Luc Montagnier’s group at the Pasteur Institute made the first report of HIV being isolated in a patient. There was never a controversy over who discovered the virus. The dispute arose later when we developed a blood test for HIV and the Pasteur Institute wanted a share of the royalties. Importantly, our report on an extensive number of HIV isolates, plus the blood test, was the evidence that HIV was the cause of AIDS. For these reasons, Luc and I agreed on co-discovery.

Q: Are you more hopeful now about HIV vaccine development than you were in 2008 when you compared the results of the STEP trial—which showed the vaccine candidate was not effective and may have even increased risk of HIV infection in some volunteers—to the Challenger space shuttle disaster?

Gallo: I wasn’t pessimistic when I made that comment. I’m one of the most optimistic people in the field of AIDS vaccine science. I said that because I thought the STEP trial was a mistake from day one. From my viewpoint, this was not the kind of vaccine to go forward with. I don’t think we should test a vaccine based solely on cell-mediated immunity. I’m not saying cellular immunity is unimportant and antibodies are the masters, but you better have some antibody-mediated protection.

Q: You’re now actively engaged in AIDS vaccine research. What do you think it will take to make a preventive AIDS vaccine?

Q: So do you think the field is on the right track?

Gallo: I think so, but we need to follow the science. I am aghast at arguments that claim that monkeys don’t predict how vaccine candidates will work in humans and that we should just go forward anyway with clinical trials. We need to be extremely cautious against using that philosophy. Monkeys aren’t perfect but they are a good model. The alternative is that he or she who has the power simply and arbitrarily decides what vaccine goes forward.

Q: If non-neutralizing antibodies are important, what do you make of the results of the RV144 trial in Thailand, the first to show any efficacy?

Gallo: Since RV144 was the first trial to show efficacy, I would analyze it up and down. I don’t believe the critics that said it didn’t work and attacked the US Army [a collaborator in the trial] unfairly. The way Sanofi Pasteur designed the insert for its vaccine candidate was very interesting to me and my colleagues, because they relied on some of the same key structural characteristics that we were using in developing our vaccine candidate. When I saw data that the RV144 vaccine candidate had shown very high efficacy during the first year I was interested because that is exactly what we were seeing at IHV with our candidate vaccine in primate experiments.

LUC MONTAGNIER, 78, is co-founder and current president of the United Nations Educational, 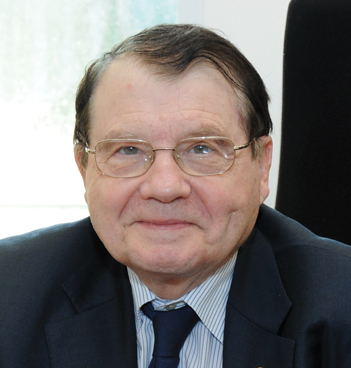 Scientific and Cultural Organization (UNESCO) World Foundation of Aids Research and Prevention in Paris. Last year, he accepted a professorship at Shanghai Jiao Tong University. In 1983, Montagnier and his colleague Françoise Barré-Sinoussi were the first to report the isolation of a new retrovirus, later determined to be HIV, from a patient, a finding for which they received the 2008 Nobel Prize in Physiology or Medicine.

Q: What are your earliest memories of the discovery of HIV?

Montagnier: I remember reading in the newspapers that there was a new disease, the gay disease. When we learned of the transmission by blood in transfused patients and hemophiliacs, the idea started that it could be caused by an infectious agent—a virus or a bacterium—and since it was transmitted also in filtered products for hemophiliacs it was more likely to be a virus. Since we had the technology to detect retroviruses and grow human T cells, we started to look for a retrovirus.

I used a lymph node biopsy of a gay man who had swollen lymph nodes and I cultured his T cells. Three weeks later my associate, Françoise Barré-Sinoussi, was able to detect some retrovirus activity in the culture. So I set up a group of about 10 people, and this group within months in 1983 could show that the virus was new and was the best candidate to be the cause of AIDS.

Q: What did you think when you first saw this result?

Montagnier: We had the virus but we didn’t know whether it was just a passenger virus or the cause of AIDS. So at this time we were moderately excited. We had to look for a correlation with the disease. This was done during 1983 and 1984 when my colleagues showed that there were antibodies against this virus in many pre-AIDS patients, and in some AIDS patients as well. We could also isolate the same type of virus not only from gay men, but also from hemophiliacs and from African patients, indicating that this virus was probably the best candidate for being the cause of AIDS.

Montagnier: Well, it was mostly ignored. We called the virus LAV (lymphadenopathy-associated virus) because it was isolated not from a full-blown AIDS patient, but from a pre-AIDS patient. Then, after the publication we found the same type of virus in the blood of full-blown AIDS patients. I think the first time I could convince at least some of my colleagues in the US was at Cold Spring Harbor in September 1983, where I presented all the data indicating this was the right virus to be the cause of AIDS.

Q: Do you think it will be possible to develop a preventive HIV vaccine?

Montagnier: That’s a sensitive question. I think it’s important to first continue some basic research in order to detect all forms of the virus which are transmitted. My approach is to first try therapeutic vaccines, which could be more easily tested in clinical trials in a very short period of time. Clinical trials of preventive vaccines are expensive and questionable in terms of the results because you need to deal with a large population in order to obtain significant results. If a therapeutic vaccine works, then we can extrapolate it to a preventive vaccine.

Q: Regarding the Nobel Prize, when you got that call were you surprised?

Montagnier: I cannot say I was very surprised because every year some journalists called me in advance of the announcement to see if maybe this is the year for me to win the Nobel. I was in Africa at that time, in a meeting in Ivory Coast, and of course it was symbolic as AIDS is mostly in Africa and a disease of developing countries.

Q: What would you tell people who are entering the field? What is there to still learn about HIV, 30 years later?

Montagnier: There are still many things to find. It’s not finished. Even though we know very well the molecular biology of this virus, we still know little about how it is transmitted, why antiretroviral treatment cannot get rid of it completely, why there is a reservoir of the virus despite treatment, and so on. There are still basic questions to answer, and at the same time we have to save the lives of patients and try to reduce the duration of treatment. I think this is key if we are to beat this disease in the 21st century. I hope I will see that during my life.